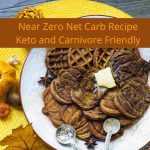 Fall is officially in the air so it’s time for all things pumpkin! This chaffle recipe is both simple and delicious. Whether you make this into a keto pumpkin pancake or stick with the pumpkin chaffle, the combination of spices will help your tastebuds transition to fall. These pumpkin cheesecake pancakes or waffles combine all the goodness of fall flavors without all the carbs, sugar and nut flours.

I remember when the chaffle craze first began. I did some keyword research and google wasn’t even recognizing the craze for chaffles back then! Now you can find almost all the low carb recipe developers with a chaffle recipe or two. My first video on this topic was a chaffle experiment I did over two years ago when the craze first caught on. At that point, it was the first time I ever tried a chaffle and had only heard a little bit about how to do it.

During this trial I discovered one egg makes two chaffles…the commentary I got on this was pretty funny since my first chaffle ended up overflowing a bit.

Since then I’ve made well over 500 chaffles and consider myself experienced! The traditional version in my video is especially great as a hamburger “bun.”

A pumpkin chaffle is not that different than a regular chaffle recipe. The key ingredients and methods are the same with a few modifications. Plus I wanted to make sure to use cream cheese for this pumpkin chaffle since that combination works together so well.

What is a Keto Chaffle Anyway?

Chaffles were suddenly all the rage over two years ago in 2019! People became obsessed with the Dash mini waffle maker. In the keto community, Since then, they’ve come out with a four at a time maker and these adorable pumpkin and skull mini waffle irons, perfect for fall. When you initially searched for #chaffle on Instagram there were only about a hundred results. 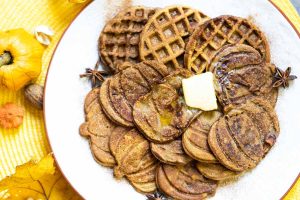 As of Ocdtober 20201, if you do the same search you get nearly 75,000 results. Chaffles are all over Pinterest and TikTok too.

While there were literally hundreds if not thousands of keto pancake and keto waffle recipes on the internet in 2019 the chaffle stood out in its simplicity. In its most basic form the chaffle contains just two ingredients: cheese and egg. So not only is the chaffle low carb, it’s actually zero carb and carnivore. Chaffle recipes can vary quite widely from just the two-ingredient basic form.

Since we’re using cream cheese for this recipe, it has a slightly different texture than the typical egg and cheese chaffle recipe. It has more of a soft texture, kind of similar to french toast once it’s cooked. If you’d like a more crisp chaffle, simply add a half tablespoon of mozzarella cheese to the iron, pour in the batter and add another half tablespoon to the top. The extra cheese will take up some space in the iron so just be sure to modify the amount of batter you use accordingly.

If you want to kick this chaffle recipe up a notch you should also make the glaze. It does add some extra calories to the pumpkin chaffle, but it also adds extra deliciousness!

If you love pumpkin, be sure to check out our keto pumpkin pie and our keto rum pumpkin spice cake. You could even make the pecan cream cheese glaze for these pumpkin chaffles if you prefer that to the regular glaze. 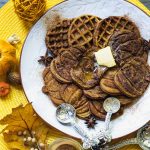 This pumpkin cheesecake chaffle recipe will give you all the fall vibes! 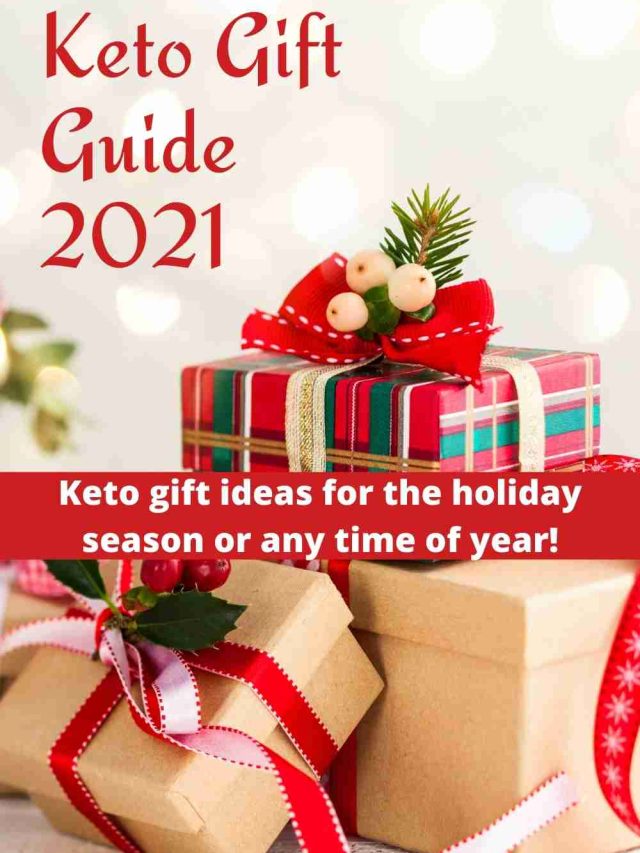 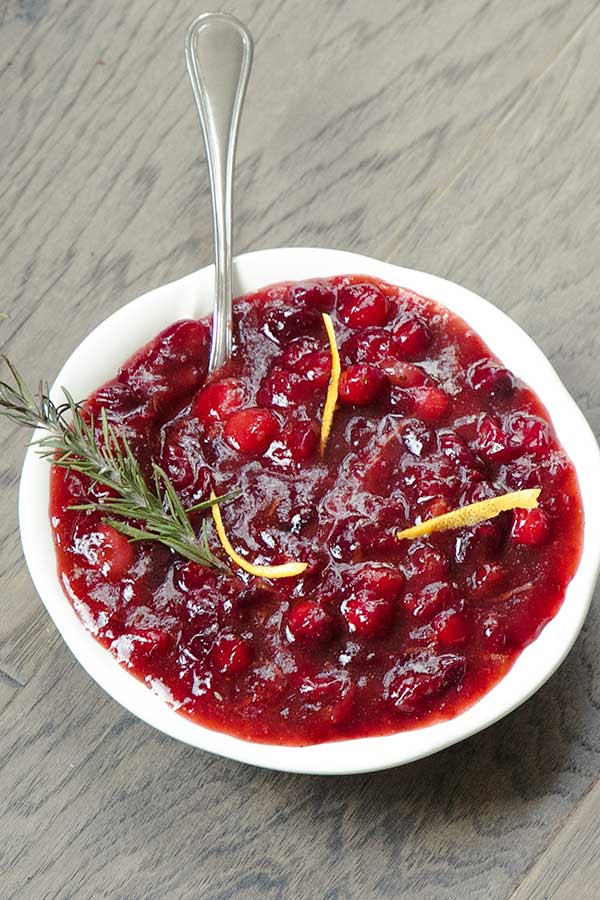 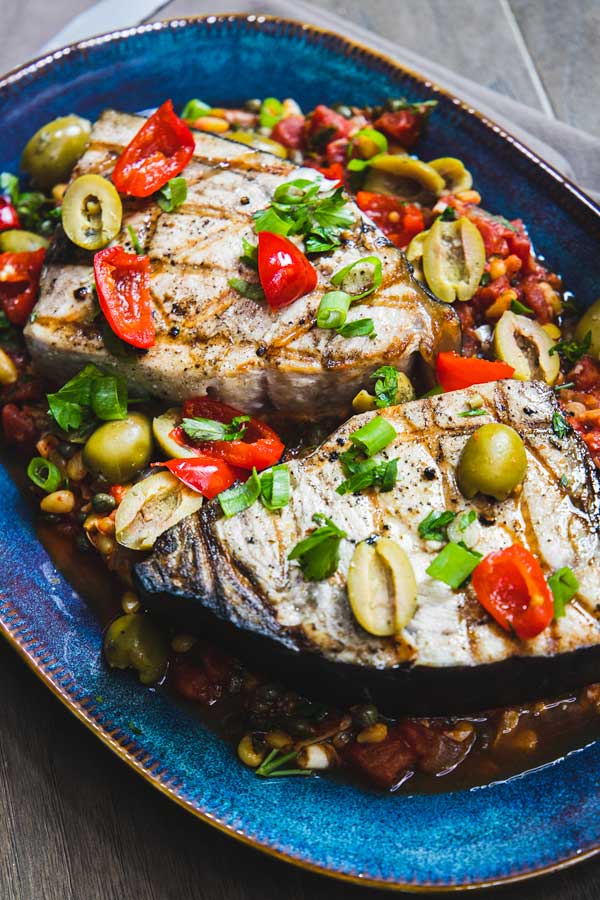 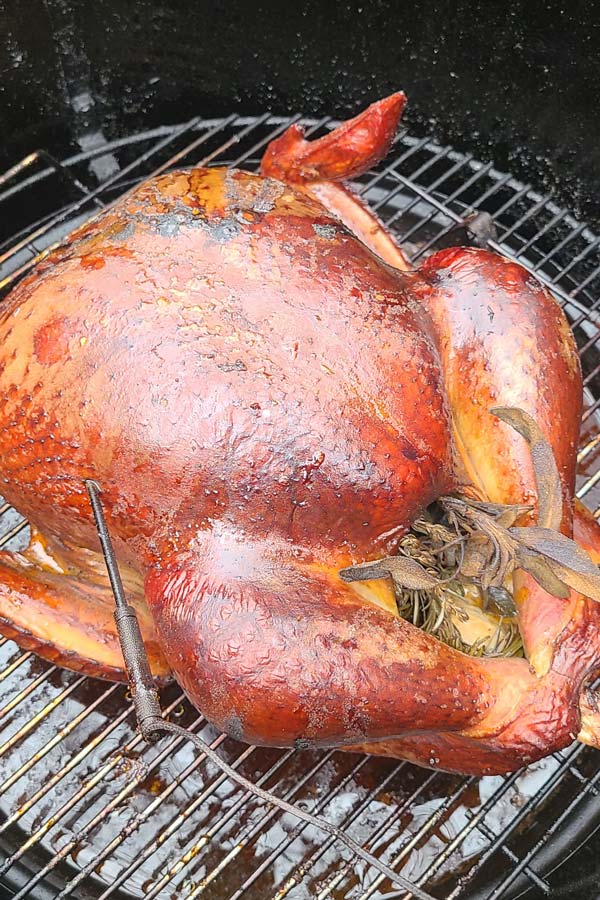 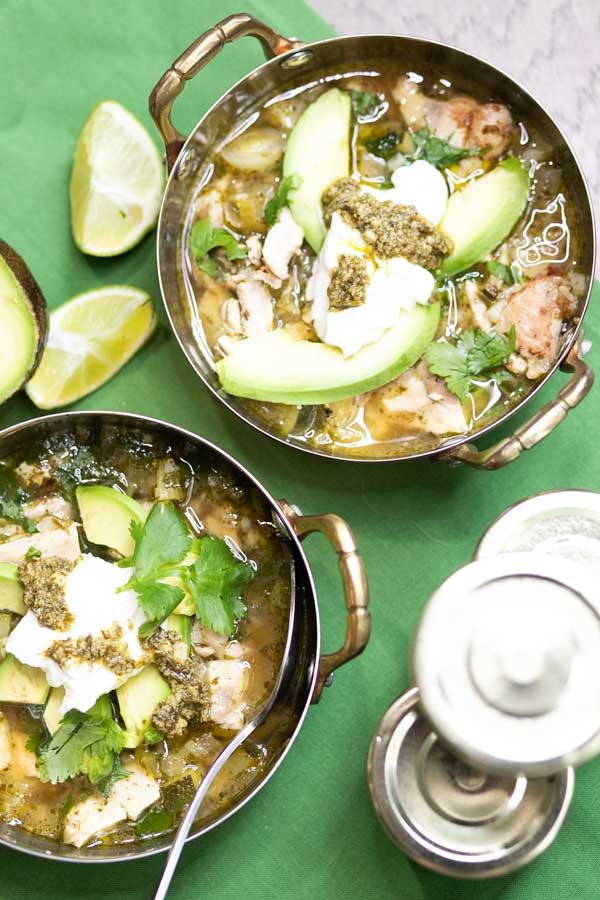 I recently made my keto carne asada and it's still

If this looks delicious to you why not check out m

If you've been around my content for a while, you

Just one of the quick and delicious recipes you ca

Whether you keep it keto for the holidays or not y

I don't eat many salads these days but when I do,

If you've been around here for a while you know I'

🌟GIVEAWAY 🌟 this is your last chance to ente

In case you're looking for something a little diff

If you're looking for easy, keto-friendly weeknigh

You are seriously going to love this one! So delic

Fall may not seem like the time for ice cream, but

However you choose to cook your Thanksgiving turke

Caprese is such a simple yet delicous! Make it ext

Even though it's getting colder here in Cincinnati

I always enjoy doing recipe contests because they